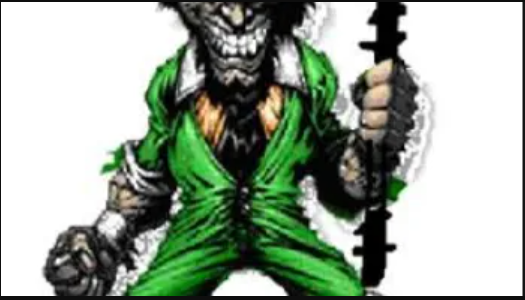 If you channel primal magic, your teeth or fingernails will become sharper, capable of delivering corrosive attacks. Strike one creature within five feet of you with a melee spell. You deal 1d10 acid damage to the target. You can return your teeth and fingernails to normal after you create an attack. Once you reach the 5th level (2d10), 11th level (3d10), and 17th level (4d10), the spell’s damage increases by 1d10.

I was also struck by the fact that the spell takes an entire action to perform, but it also includes a melee attack as a part of it, so really, a druid who likes to get up close and personal might also spam it every turn. In any case, it’s better than most weapons Druids are capable of by a considerable margin. Additionally, as a spell attack it should bypass resistance to non-magical weapons, right?

A transmutation cantrip known as primal savagery was used by druids to use magically sharpened, corrosive teeth and nails to attack opponents.

Infusing them with acidic properties, the spell sharpened the caster’s teeth and nails for a brief period of time. The druid then attacked an opponent immediately, delivering acid at an increasing intensity as the caster’s power grew. When the caster recovered from the attack, his body returned to normal.

When given a scaling melee cantrip, Druids are as good as outfitted for melee. They possess medium armor and shields, and D8 hit dice. The most common problem is that even the simplest druid spells require concentration.

It might be fun to create a kind of Dreams druid that uses Primal Savagery and Guardian of Nature. Perhaps not very effective, but certainly interesting. (I really wish the Primal Beast/Strength Attack option of Guardian of nature could be a bit more useful, no druid gets an extra attack, rangers don’t get level 4 spells until level 13.
The monk making unarmed strikes can now stun with some of their hits in addition to hitting more often, critting more often, and doing more average damage. (And potentially do other things with these hits, depending on their subclasses.)

Moreover, acid damage from Primal Savagery is a type of elemental damage that is often resisted, which becomes problematic at this point. As a Monk advances to the 6th level, he starts dealing magical bludgeoning damage in addition to his unarmed attacks.

Primal Savagery is probably familiar to you. Don’t worry if you haven’t heard of it. It’s a Druid cantrip that allows the Druid to grow claws or fangs and use them as melee spell attacks. Interesting, isn’t it? isn’t it? One of the 1d10 acids and it scales with level.

To begin with, it doesn’t specify what type of teeth it affects. The teeth you grow will be saber-tooth cat teeth, wolf teeth, snake fangs, or a full set of shark teeth. That’s cool in and of itself. There’s technically nothing stopping you from making corrosive horns, tusks, and antlers enough? If you can’t get a banner pole, you can use lava glass- which is dense and forms odd shapes all the time. Still interested? Bludgeon enemies with a decent net filled with rocks, sea glass, shells, or whatever you like. Do not use an easy wooden staff!